This past weekend we took a week off from Skiing to drive out to the coast to make the most of the Friday holiday.  It is harder in Chile to do spur-of-the-moment trips because the most popular destinations are booked far in advance, which poses a challenge for non-planners like us.  So we decided to take a chance on an off-season trip to the coast.

Agarrobo, a small beach town south of Valparaiso, is most famous for the world’s largest outdoor swimming pool within the sprawling condominium development called San Alfonso del Mar Resort.  We obviously did not chose Agarrobo for that reason.  Instead, we thought it would be a great location close to the Casablanca Wine Valley as well as Isla Negra, another small coastal town known for Poet Pablo Neruda’s seaside home. 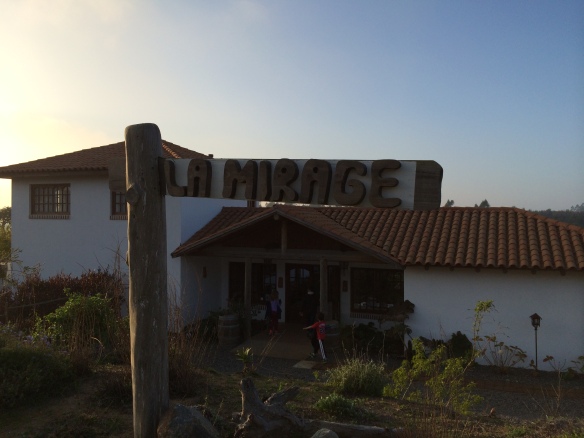 We found a small hotel, La Mirage Parador, located in-between Agarrobo and the Casablanca Valley off a small winding road.  The hotel was quaint and intimate with just five rooms and each one faced an outdoor courtyard full of flowers and plants.  It had a beautiful back patio where they served a lovely breakfast every morning. We were very pleasantly surprised.  Hotels in Chile are typically very expensive and lacking.  The only drawback here was that it still is winter and at night the rooms were very cold. 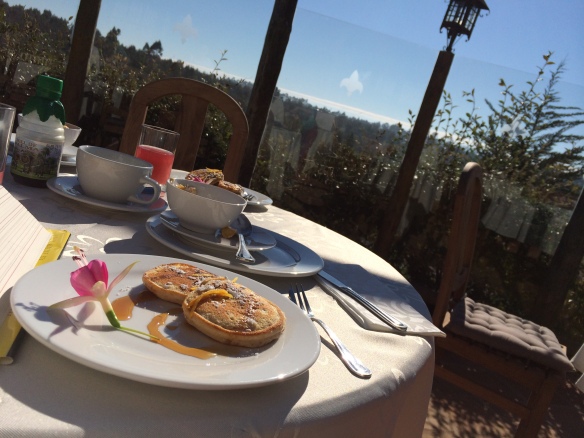 Thankfully the weather during the day was beautiful and we were excited to explore the Wineries.  Wine tourism here is still fairly underdeveloped in many areas.  Visiting the Casablanca Wine Valley is not like visiting Napa.  Our hotel had no information on the wineries less than 20 minutes away.  You need to make appointments in advance to visit a winery (and some don’t answer the phone when you call) and many of the smaller wineries are not even on the maps.  There is a central area along Route 68 where the heart of the tourism is but it still has a way to go.

As far as I can tell, you can only visit about 6 wineries in Casablanca.  Some are worth a visit but others are mass producers who won’t prove very interesting for those who have visited other wine regions.  We do have a great restaurant we love called Casa Botha where the owner, David and his wife Carmen create a wonderful respite with thoughtfully prepared italian food with locally sourced Chilean ingredients.  My favorite part of visiting David is that he gets all the good boutique wines from the Casablanca Valley – the ones you can’t find anywhere else.  In fact, on most occasions, we find a winemaker at the restaurant, eager to share their passion about making wine on a small scale. 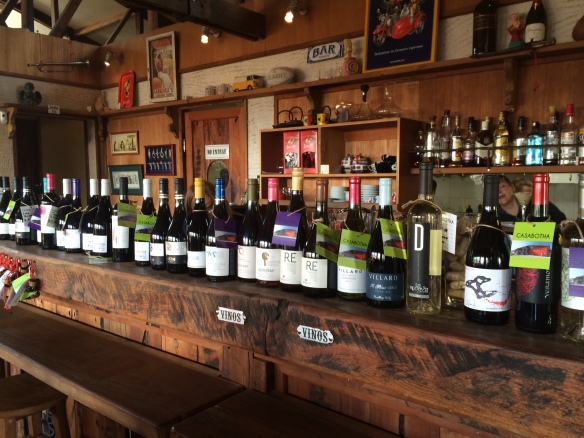 After a day in Casablanca we headed to Isla Negra for a tour of the house of the the nobel-prize winning poet Pablo Neruda.  I wasn’t familiar with Pablo Neruda before coming to Chile but he really is a remarkable figure.  He is so essential to the history of this country as went on to have a long diplomatic career.  Neruda was a well-known communist and had to flee the country at one point with his family.  In fact, many speculated that his death was a conspiracy by the Pinochet regime given that he died just days after the military coup.  The theory gained so much traction that his body was exhumed and toxicology tests were conducted.  The results confirmed that Neruda’s death was from natural causes but the stories still persist.  Needless to say he is a very interesting character. 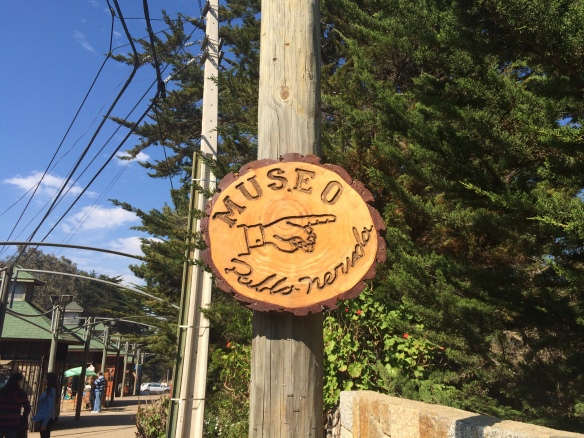 Neruda has three houses in Chile.  One in Santiago, one in Valparaiso and a third in Isla Negra.  While all three are worth a visit, the Isla Negra house is perhaps the most beautiful because it sits on a cliff overlooking the ocean.  It also displays many of his famous collections including his seashell collection.

We learned there would be a two-hour wait to enter so we took some time to explore the vendors situated on the path to the house.  We also found a marvelous beach cove with tons of rocks to climb.  The kids might have liked this as much as the museum. 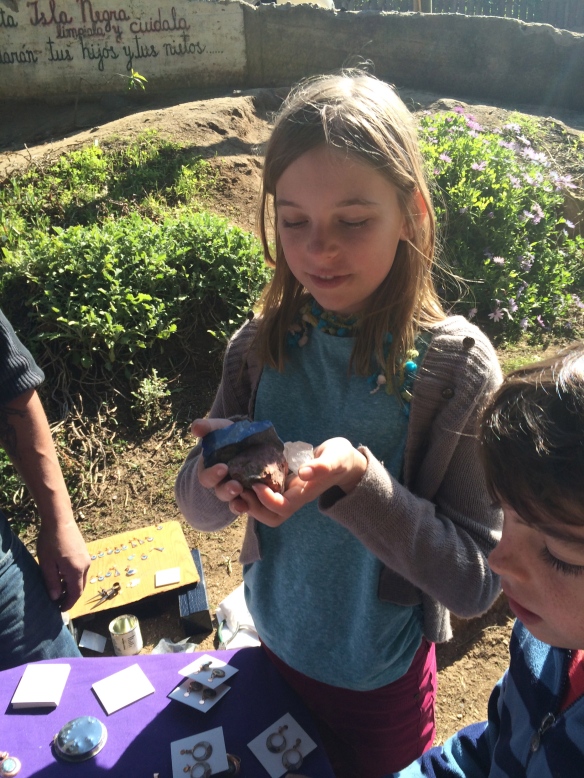 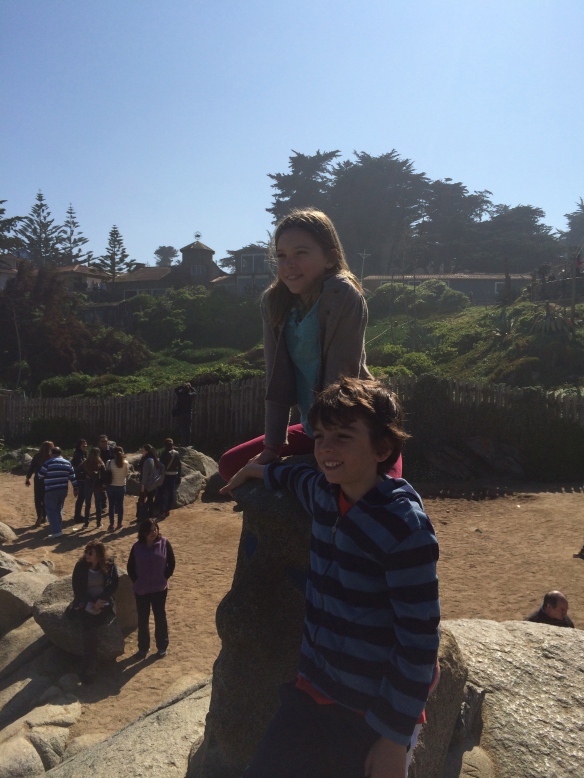 When it came time for the tour, we all decided to take the spanish tour (except Jack who got his headset programmed for English).  Just more than two years since arriving in Chile, Madie is now part of the National program at her school which means she no longer takes Spanish as a second language.  John and I are relentless at efforts and finally gaining some comfort.  All that said, the three of us had a hard time understanding the tour.  I finally cheated and borrowed Jack’s headset for one of the rooms.

We called our last-minute getaway a great success.  Chile is one of the most geographically beautiful places I have ever been.  The fact that we can ski in the Andes just an hour from our house and the next weekend be at the beach in 90 minutes  -with a visit to a wine region in-between – really sort of lovely.